things that harm/help kidneys the most

tokon said:
any guideline as to what would constitute "somewhat reasonable amounts" of protein for, let's say, a 200lb guy?
Click to expand...

Honestly, im not up to date on all the new literature but the papers i read years ago defined higher protein levels as 1.5g/kg of bodyweight and that showed increased glomerulus pressures.

I am guilty as charged as i commonly consume more then that...

DISCLAIMER: Medical information is provided as an information resource only, and is not to be used or relied on for any diagnostic or treatment purposes. This information does not create any patient-physician relationship, and should not be used as a substitute for professional diagnosis and treatment.
P

Maelstrom said:
NSAIDs can be very damaging to renal function. That is very relevant to many lifters who rely on NSAIDs to train through injuries etc.
Click to expand...

Took way too much in my Mil career. Ambien as well for those 23 hr flights on cargo nets. Def not good.

Both these articles include kidney related side effects from AAS: 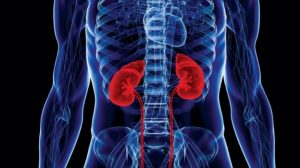 I have read some studies today to suggest TUDCA and TB500 may have some positive effects on kidney function.

Swifto said:
Both these articles include kidney related side effects from AAS:

I read through some of these (haven't had time to read all yet), and one good thing I see in the studies and studies they cite, alot of guys are in pretty bad shape, then "discontinue AAS use" (not sure if I believe they all just quit cold turkey), lost some size, and their creatinine/proteinurea improved to almost normal. I guess one positive, if we make lifestyle changes, serious ones, the creatinine and proteinuria can improve greatly

I would bet money that if people who are running decent dose trenbolone cycles got a urinalysis done midway through. There's a pretty high chance they'd be leaking protein.

Kaladryn had a pretty good hypothesis on myoglobin release from strength adaptations that came from trenbolone. Lots of guys see raised creatinine, lower GFR on tren cycles in addition to the rusty urine, and ammonia smell.

qbkilla said:
Figured with a few recent threads on Kidneys this would be a good idea since I don't want to turn someones personal thread Ito a general kidney thread

- High BP (known)
-Diabetes (known)
- Eating too much protein (if they are already compromised which I would assume MOST of us kidneys are to some degree)
-Dehydration (known)
- Creatinine. Not sure the mechanism but I have seen many places this is bad for kidneys, correct me if I am wrong

Questionable things
- AAS (or do they only harm them indirectly by increasing BP? etc)

Specific AAS
- Ive heard orals are the worst, is this confirmed or speculation? I know they are harder on the liver, but does any oral medication taken automatically harm the kidneys? I know HIV patients can take drol or var at high dosages for long periods of time, I question this.
- Tren and EQ. I don't personally see how they would be worse than say high test, deca. I do think they could be, as we consider tren more "toxic" but is it? Or is this bro science?
- My proteinuria was at its absolute worst on anavar, then improved when I stopped the var. I have read a few posts over the years where people speculated var is really bad for the kidneys I can't remember exactly why.

- Clen/ephedra/stimulants? If they raise BP yes, but if you keep BP under control, do they actually harm kidneys?


Things that may help

- astragalus? I am a known anti-suppment guy but this one has me interested. Why has more research not been done/. I have read some things along the lines "it may just drop your creatinine levels and not actually help kidneys". I personally don't buy this, I would think if it is actually lowering creatinine and eliminating protein in urine it is helping the kidneys, I can't see how it could "mask helping" them? Im defiantly plan to try it per the other thread

- Proper sodium/potassium balance? I've read this should be 1:1. When I had some very high creatinine levels my doctors associated it with me driving way too much water that summer and flushing out too much sodium. Once I stopped, things improved. Should people with kidney worries watch sodium and potassium? What balance should we go for?

Feel free to add anything or comment on anything you disagree or agree with that I wrote.
Click to expand...

The most overlooked supplement of all time, to me, is taurine. It is absolutely incredible for kidney function. It’s one of the supplements I will never go without.
- a godsend for the kidneys https://www.ncbi.nlm.nih.gov/pmc/articles/PMC2994373/
- Reduces a fatty liver
- acts as a modular for N.O. - incredible for the circulatory system
- Prevents atherosclerosis
- regulates calcium/potassium pumps and through this mechanism it’ll essentially eliminate fibromyalgia issues.
- hydrates the muscles
- the heart has a high concentration of taurine too btw...
- can pulverize colitis issues - when on cycle it’ll keep your appetite in most ppl

it’s also incredibly cheap. There’s no reason why everyone shouldn’t be in this especially if you’re cycling throughout the years.
personally I make a gallon of tea a day, add in 10-15 grams of taurine and 3 tablespoons of glycerol and drink it throughout the day. I would never think of going without it ever.

I have always wonders this about kidneys. Finding support is tough. I go other way, I feel high protein for too long, too many supplements and AS are the cause. Yes we know. So I back off AS here and there, try to limit orals in cycles and how may X per year, and diet down 2x a ye to give my kidneys a break. Otherwise water. But interested to see what others say....
What kills, survives. XXL
You must log in or register to reply here.

sodium and potassium ratios in diet