Other steroids with TRT

okay my test levels are shot tested at 125 ..dr put me on low dose axion cream /... yes cant get her to go injectable .
of coarse I have means to access both TEST and other items ( say Masterone and tren ) . if I took either of these how do they affect my
blood levels when she retests my Testosterone levels ( I have got on some test right now and after 5 days feel sooooooo much better )
BTW been on and off cycle for years .. but cant seem to find this info anywhere ..

tren will show up as estrogen. I dunno how this happens, but a couple times getting bloodwork on low dose test + tren my estradiol was off the charts, like 250 or something.

Matsuo Munefusa said:
tren will show up as estrogen. I dunno how this happens, but a couple times getting bloodwork on low dose test + tren my estradiol was off the charts, like 250 or something.
Click to expand...

That happens when the tests are not sensitive.. ECLIA is a great example with a fast turn-around and little to no effort on the labs techs part. Unlike LC/MS/MS tests that are a bit more comprehensive and more detailed and dialed in.. This is how cross reactivity can happen.

Cross reactivity with tren to estrogen example below is with one of my very own labs that were pulled..

With blood work there's always going to be draw-backs and the potentials of contamination and report problems, one limitation of steroid hormone immunoassays is interference caused by compounds with structural similarity to the target steroid of the assay.(In my case Tren to Estrogen) Interfering molecules include structurally related endogenous compounds and their metabolites as well as drugs such as anabolic steroids..
Because tren and estro closely resemble each others structurally, its hard for non-sensitive tests to tell the difference and you'll get cross reactivity.
It capped off at 4k. if it could have gone higher, I'm sure it would have if it wasn't capped at 4k. It says greater than. LOL 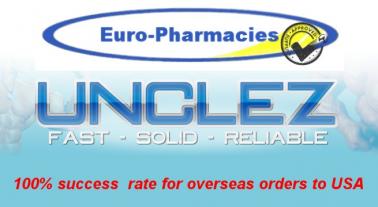 @Vision do you know if ment/trest will show up as estrogen if they pull bloodwork and don't do sensitive test?

Matsuo Munefusa said:
@Vision do you know if ment/trest will show up as estrogen if they pull bloodwork and don't do sensitive test?
Click to expand...

From what I believe I read and understand is that the cross reactivity ratio is very low with ment, extremely low.. Trenbolone being the highest almost at 100%, this goes even with field test kits and metabolites in urine.
I was very upset when I seen my lab results because I clearly stated for a sensitive essay just for this reason.
Uncle Z REP
Online shopping catalog, view full site UncleZ.ru