So if you talk about bodybuilding genetics will be brought up every single time in some way or another. People tend to forget genetics will play a big role in powerlifting also, to think it applies to one and not the other is just dumb. Look at guys like Ed Coan who clearly had some superior genetics inclined for strength. If genetics played no role then there would be thousands of people squatting 1k plus pounds and benchers benching insane amounts and same applied to deadlifts..... There will always be genetic elites in every sport, just as each person has certain lifts they just naturally are better at. My deadlift is like that, I could not deadlift for a couple of months and do a session and deadlift 10-15 pounds off of what my max is like I didn't take any time off. Idk I just wanted to rant a bit lol
R

I certainly agree there is a big genetic component to any performance sport. I never really thought about it though but you are right, it is talked about often in bodybuilding but I never really hear it in powerlifting.

RoyHobbs said:
I certainly agree there is a big genetic component to any performance sport. I never really thought about it though but you are right, it is talked about often in bodybuilding but I never really hear it in powerlifting.
Click to expand...

Every sport has its genetic freaks. Usain Bolt, LeBron James, Michael Phelps, and others are so great because they not only train hard but also are genetically gifted for their sport. It plays such a role that some countries *coughRussiacough* have attempted to predict what sports a child would be most inclined to do well in based off muscle biopsies. It's not always that apparent though.

This is why it's so important not to compare your own success to that of others. Some people are just naturally going to be better than you and the best you can do is to be as strong as your body is capable of being.

plhorse said:
This is why it's so important not to compare your own success to that of others. Some people are just naturally going to be better than you and the best you can do is to be as strong as your body is capable of being.

Sent from my Nexus 6P using Tapatalk
Click to expand...

Very, very true and I think we are all guilty of forgetting this.

Some great responses guys and I definitely agree with them all...... It definitely falls into not comparing yourselves to others as much... Sure if you're gonna compete give it your all and try to be the best possible you that you can be, if that wins you first place then fuck yes that's awesome if not then you still gave it your all. If you plan on continuing to compete at anything then track your personal progress and just worry about getting better and the effort put forth.
S

SRhealth-Rachel said:
genetics do play an important role in sport, but only training harder can help do well in powerlift.
Click to expand...

Same is true in bbing... A guy can have bad shape but work like a freak with diet and get huge and shredded and beat the man with better shape...Also a guy can bench 315 in grade school but train like an idiot and eat horribly and end up being beaten years later by a skinny kid who started benching 45 lbs and worked his ass off... Course if person with good genetics trains 100% and diets ect will def beat people with lesser genetics
It's never love. Bloody touch.
Broken wrist. Needle rust.
Choking throat. Swallowed teeth.
Head fuck. No peace.
I'm shedding my skin to peel you off of me.
You've got to love me.

Genetics are very important. All your leverages and tendon/joint size and strength.
I

and what about chess? people forget but some people are unusually good at chess, i call it a gift from God. and yes some people have crazy bodybuilding and/or powerlifting genetics. i remember in my 20s i was able to rep out 405 lbs for 5 reps at a body weight of 185 lbs (5'7'') and the most i ever bench pressed was 460 lbs at 185 lbs

I used to think genetics had a lot to do with a big bench. I was stuck forever at 225lbs because I follow what everyone else was doing and wasted my time reading lies in bodybuilding mags and books. Then I went against everything I knew and found out that I didn't need to be a monster to move big weights. So I switch gears and started out heavy while I was at my strongest. I recently bench 550lbs on flat bench barbell for 2 times after only doing machines for 3 months and I am pretty sure I could have done at least 2 more reps. This was at a bodyweight of 195lbs.

I am 64 years old and injury free so I am not going to push my luck and screw up my back or rotators trying to get those extra 2 reps out on a flat bench. Instead I'm pushing 540lbs on the machines for reps of 10 and that's where I start off at. My machine bench strength always transfers to the free weight bench. I just don’t push myself for maximum reps on the flat bench like I do with the machines because it a lot more painful on my back when I arch even when my butt is on the bench.

I was carrying chains in for a while and running them thru the 45lbs plates on the machines and pushing 630lbs but this trainer caught me a few times and told me he would kick me out if he caught me again. It just feels like the machine follow a more natural and safe path and I really don’t feel any pain starting off heavy. I have a video of me pushing 450lbs for 20 reps on a smith machine but I notice a lot more pain. I guess that because it’s more of a fix motion so I prefer the smith machines.

I know a lot of my friends on here will disagree about starting off heavy but if you are not getting stronger give it a try. 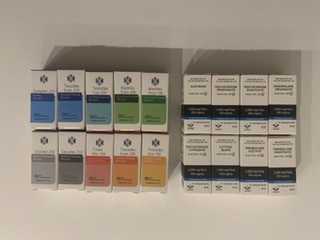 Not as many people care about powerlifting. Most want to actually look good and don't care aboht their strength in three arbitrary. People can make a living in bbing...not so much in Pl.

Seems from my experience alot of people that turned to Pl realized they. Have awful genetics for bbing and better for the power lifts . Ed coan one of them.

As much as I like Pl average people see a powerlifter that lifts alot of weight and Looks terrible. Sure there are Dan Green types but rare and he couldn't hold a candle to any top bbers even if switched. Some Notable bbers that switched to Pl and set records very fast... Stan efferding being one and thaf Israeli guy forgot his name.

Rare the other way around. Most that have done it minimal success..
Matt Kroc and a ton of others Jay fiedler etc... All modest at best success. Kroc had zero chance in npc or USa of turning pro as a bber.
B

I know this is an old thread, but a topic I talk about often with people I know personally. So much is dependent on genetics, especially for long term lifters & when not on cycle. I started lifted for strength lately. I think it is going to work good for me, as long as I stay healthy..
You must log in or register to reply here.
Share:
Facebook Twitter Reddit Pinterest Tumblr WhatsApp Email Link