Lawrence 'The Beast' Marshall has died

The president of the Trinidad and Tobago Bodybuilders Federation (TTBBF)Susana Hadad confirmed that Marshall had died sometime between Saturday night and early Sunday morning.

Marshall, was a former Trinidad & Tobago, Caribbean & Central American (CAC) champion, as well as an IFBB Pro during the early 2000's.

Following in the footsteps of Darrem Charles, Marshall was one of the first bodybuilders from Trinidad and Tobago to turn professional after winning his pro card in the days when Caribbean bodybuilders had to emerge as overall Caribbean and Central American winner to earn a pro card.

Marshall was just the second bodybuilder from Trinidad and Tobago to turn professional. His local wins and accomplishments, as well as his kind demeanor, led to him becoming a beloved figure in his local community.

With a wide array of local contests under his belt in the 1990’s and early 2000’s, Lawrence was able to earn his IFBB Pro card. He even made it to the Mr. Olympia at one point, where he was able to walk away in 15th place.

Unfortunately, Lawrence Marshall has lost his life at the early age of just 58 years old. Reports have indicated that he passed away over the weekend, tragically passing away on either Saturday night or early Sunday morning.

Initial reports have stated that the cause of death was related to a battle with COVID-19, but those rumors have been debunked by his family. They are waiting for an autopsy report to be sure, but early suspicions seem to suggest that it was due to kidney failure. 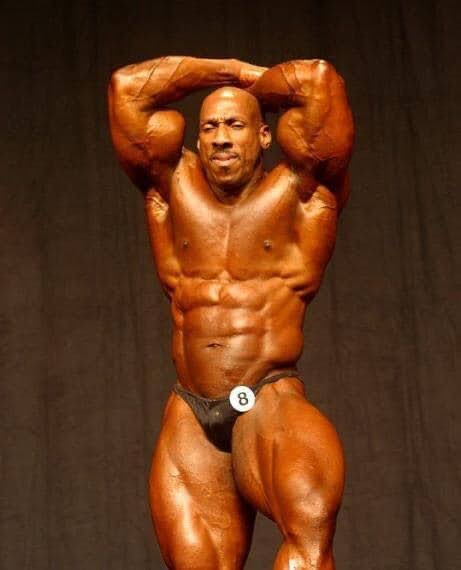 THE LATE Lawrence “The Beast” Marshall will be remembered as a legendary national bodybuilder and the “trainer of trainers”. The former TT athlete passed away on Saturday night. He was 58. A close family member debunked rumours that Marshall died because of covid19. Relatives are still awaiting...

"Why the fuck would I want your address?! Are you suggesting that we drink, fight or fuck?!! I would hope that was not just another internet tough-guy threat....." K1

Yeah just seen this elsewhere, a lot of bodybuilders dying in their 50's it seems
Use code "BBOY5" to get 5% OFF your next ProfessionalMuscleStore.com order!

b-boy said:
Yeah just seen this elsewhere, a lot of bodybuilders dying in their 50's it seems
Click to expand...

I think it will get a bit worse as we progress FWD.
Easier access to gear, lots of suspect (not sterile) UGL's, the reckless way many abuse gear, the odd Instagram need for approval by strangers, the "it wont happen to me" attitude by many.
Hopefully Im wrong, but I dont see things getting better in this area, Ive only seen it step-up over the years. (Death by those in that age range).
You must log in or register to reply here.

Unpacking the ifbb’s response to the Shawn Rhoden allegations..

OT-Does anyone remember the 80's wrestler "The Thing"

The Primobolan or primo files
2 3