The thread for guys who have none/bad insurance who want to pay for their own testing out of pocket.

There's a lot of good advice and experience on this board. I find the most valuable to be the health related advice in regards to this lifestyle. We have some very smart people here who freely give out their expertise (thank you for that, you know who you are) and guys like me with no medical or related background who are here to learn and hopefully get a few more years on this planet with the advice we get here while doing the one thing we all have in common.

We have various threads mentioning clotting factors, calcium scores, and various tests that can give us concrete answers about existing unknown issues. Many of us have trash medical care. We are lucky to get a competent PA. Most of the time we get triage nurses who don't pay attention or clearly have no idea what they are doing (taking blood pressure) or a Primary Care who somehow made their way through med school but probably shouldn't be giving anyone medical care.

Others have insurance that wont cover testing that would save their lives. For instance, I had a parent with the BRCA gene who died of breast cancer. It was a long drawn out nightmare. I'm finding it a nightmare to get my insurance to cover the test "because I'm a male". I have a father who had a heart attack much younger than I am now. He lived to 71 on scripts and stents. A cousin of mine just found out he has melanoma and in this same time frame his sister had a brain tumor removed. My sister had a double mastectomy and a hysterectomy (no cancer gene, lots of cigarettes and sugar though). I have one aunt who died of lung cancer. Another had breast cancer but has survived until 77 at this point. Another aunt died of what was most likely cancer. Another cousin died of a widow maker heart attack at 51. My uncle had a stroke that essentially melted his brain, it would have been better if it killed him.

That was a list of relatives. I haven't even touched on the people who aren't blood related with similar issues. The one thing they had in common was their lifestyle. Among them they smoked packs of cigarettes, ate garbage food, didn't sleep, had high stress jobs, and everything else on the list of things you shouldn't do if you care about yourself. I'm not actually worried day to day about dying early. If that happens, so be it. But I really would rather know how many loaded guns I have pointing at my head. I have zero illusions that I have those genes that would allow me to abuse myself and live to old age.

With the access we have to direct testing, which tests should we be ordering for ourselves to weed out genetic traits that put a crosshair on us we may be unaware of? There are no shortage of threads where this information is to be found but it's not consolidated into one place. That would be priceless. I mentioned clotting but there are probably multiple clotting disorders.

I am going to have to be proactive and know what needs to be done. For the guys who can help, what Lab work specifically? Which diagnostics? Calcium score was mentioned. Are there others? Who provides these services? Is it as easy as ordering these tests online? I think you need a referral for the calcium score? What if that is not possible?

I'm not talking about the obvious tests (CBC, regular bloodwork, eating right, supplements, etc.) as I think we are all generally aware of those by now.

Sorry for the long post. Thanks if you got to the end. I tried to trim this down and hope it wasn't verbose. I'm willing to pay thousands out of pocket.

"Why the fuck would I want your address?! Are you suggesting that we drink, fight or fuck?!! I would hope that was not just another internet tough-guy threat....." K1

www.findlabtest.com is a great resource for finding tests cheap
I am a railing by the torrent, grasp me if you can! Your crutch, however, I am not. -Nietzsche

ive used health labs.com with success for getting igf tested as private labs don't work in my state for some reason
T

qbkilla said:
ive used health labs.com with success for getting igf tested as private labs don't work in my state for some reason
Click to expand...

That life extension link is a killer deal. Appreciated. I ordered some labs from there but I had just order some from Directlabs which is overpriced. $299 bucks for viscosity test. I ended up getting that test from LE and New century from the findlabtest link. It was around 60 bucks.

Great deals. Thanks for that.

I was looking into what bio said regarding genetic testing and I found a list on my phone of clotting factors you can match up if you get your gene's analyzed. I cant find out on my computer atm so I'll have to check my phone for it. Just need to find out if all genetic testing is equivalent before I pull the plug.
What can be asserted without proof can be dismissed without proof.

Thank you just ordered some tests this is the cheapest I have found online so far. Appreciate the looking out. MM

There is a list of about 11 genes here that can cause you to have elevated Crit. The list is by gene/snp/effect. 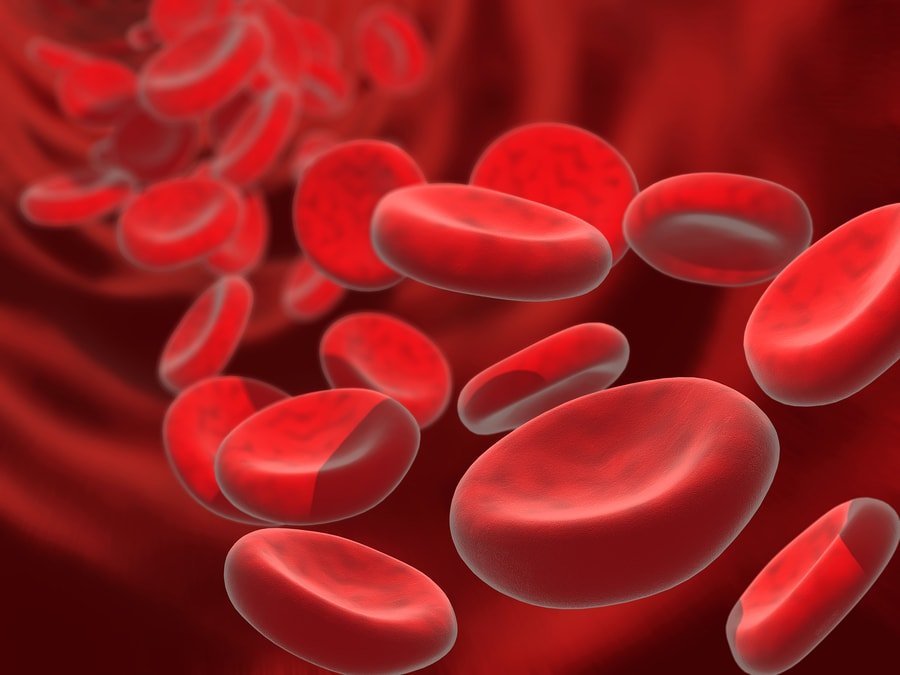 Hematocrit: High or Low? All You Need to Know - SelfDecode Labs

Hematocrit measures red blood cells, which carry oxygen throughout the body. Learn what to do if your results are too high or low here.

For those not aware, both Inside Tracker and Wellness FX offer labwork that comes with personalized nutrition based off the biomarker testing.

Both have plans you can order directly and DIY options. For example pay a fee to upload labwork done by your provider or lab work you ordered from another company.

I've been using Inside Tracker since August 2012. So I can see upwards of 40+ biomarkers trend over the last 9 years.

Where I save money on the Inside Tracker labwork is during their sales. They have frequent 20% off sales and occasionally BOGO. That's when a friend and I have split the cost and help get one another even cheaper labwork through them.

What's interesting about WellnessFX is that you can upload every type of labwork you have for free. You won't get nutrition recommendations specifically to your uploaded lab work on the free option.

However in a traffic light format it will show you where that biomarker is: optimal (green) normal/general public (yellow) needs attention ASAP (red)

Here's an example. This is a screenshot of my LDL trending from August 2012 (far left dot) to my most recent test on LDL.

The sudden drop back into the optimal zone is after 4 months of being on Crestor at 5mgs every other day.

More testing companies to choose from

Check this place out: https://www.link2labs.com/home/home
It is GTG and I have used them a few times now. Just pay and take the doctors order to Quest.
You must log in or register to reply here.

Competing or not, who here works with a coach and who here does their own diet?
3 4 5

Competing after cancer or predisposition for cancer